skip to main | skip to sidebar

Port Brewing's Old Viscosity is one of the most unusual beers I've ever had. True to its name, it pours as opaque and thick as you can imagine with a nice dark, but not persistant, head. Sweet malt is the first component to assail the senses quickly followed by molasses and bitter plums. The finish is like a black French Roast coffee with a hoppy lingering resonance and just a whiff of bourbon. There are very complex flavors at play in this brew and each part of the tongue gets its own workout! At no point does the flavor ever give away its surprising 10.5% punch, its as mellow as can be. This one is hard to pigeon-hole as its as far off the beaten track as some of the weirder American fruit beers or some remote Belgian hamlet's local pub favorite. This beverage blurs the line between Stout, Porter and Barley Wine style ales but still remains its own, a blacker-than-night, strong American Dark Ale. I'd have a tall glass of this with Sharp English Cheddar toasted with black pepper on hearty Irish brown bread.
Posted by Carbon111 at 7:54 PM

Newer Post Older Post Home
Subscribe to: Post Comments (Atom)
Beer is a passion of mine! A ubiquitous libation for the masses that predates wine - ancient Egyptians brewed the herbal ambrosia millennia ago. Pan was purported to be an aficionado of the golden elixir himself and who am I to argue with the god of joyous male sexuality incarnate? Below are impressions of micro brews and craft brews I have tried that are unique, off the beaten track or simply praiseworthy.

Carbon111
i currently reside in the beautiful Pacific Northwest with my wonderful wife and a neurotic cat. The graphic arts and music have been a lifelong hobby/obsession/pastime of mine. 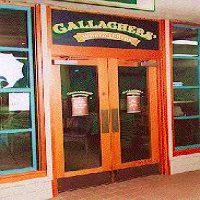 Brew your own beer without the "fuss and hassle". Excellent Recipes, Excellent Brews and Excellent People - whereubrew.com